NFPA mandated SCBA Capabilities within a Clinical Hyperbaric Facility: An analysis of the types and frequency of use

Editor’s Note
While the focus and presentation of the following article apply to how aspects of NFPA 99 are implemented within hospitals in the United States, the safety conclusions and recommendations apply equally to hyperbaric facilities around the world. For countries without a specific standard which addresses safety in clinical facilities that contain hyperbaric chamber systems, it is BARA·MED’s recommendation that NFPA 99 (as an internationally recognized standard) be utilized to provide safe chamber design, installation, and facility operation. One of BARA·MED’s goals, as a manufacturer of premium hyperbaric chamber systems, is to enhance the safety of hyperbaric medicine around the world for both patients and therapy providers. BARA·MED always recommends that our customers comply with the appropriate safety regulations for their country. BARA·MED is providing this article for our customer’s reference and use to allow them to review the equipment located within their facility, as well as their policies and procedures.

The following article is based upon an abstract, poster, and oral presentation written by BARA·MED’s Glen Canterbury and Brad Baker. It was awarded 2nd place for excellence in presentation at UHMS Annual Scientific Meeting in June 2013.

Introduction
Section 14.2.4.5.3 of the 2012 edition of NFPA 99 mandates that “A source of breathable gas allowing unrestricted mobility shall be available outside a Class A or Class B chamber for use by personnel in the event that the air in the vicinity of the chamber is fouled by smoke or other combustion products of fire.”The appendix identifies some sources of breathable gas as an SCBA, a smoke hood with filter or air supply, or “similar technology.” The purpose of this study was to determine how many hyperbaric facilities are equipped with such devices, what systems are being used, and if they are being used during the NFPA 99 (14.2.4.5.4) mandated annual fire drill.

For the UHMS, Diving Lore, and Hyperbaric Link sites, a search was performed on the United States by state. Once the hospital name was obtained, the hospital website was viewed in an effort to verify the existence of the hyperbaric chamber program and the contact information. A survey was developed for the purpose of this study and a random sampling of 100 facilities was selected from the generated database. These facilities were notified by phone and asked to participate in the survey, with the contact point for each facility being the Safety Director (preferred) or the Program Director. When a facility elected not to participate in the survey, another facility was selected from the database, again using a random number generator, in an attempt to reach a total of 100 respondents. All respondents and the facility were to remain anonymous. The results were entered into an excel spreadsheet and analyzed.

Discussion
A total of 113 facilities were contacted, with 62% (69) facilities agreeing to participate, constituting an acceptable participation level and providing a sufficient pool to assess potential trends. During the analysis of the data, several trends were identified, as well as an opportunity to enhance patient safety. These are discussed below.

Facility Accreditation
Upon assessing the data it was discovered that 30% (21) of the facilities participating in the survey were UHMS Accredited. (Fig.1) As expected, all accredited facilities had sufficient SCBA devices for their respective hyperbaric facility. In addition, all accredited facilities stated that they maintained a copy of NFPA 99 and practiced / simulated evacuating patients at pressure from the facility at least once per year. This is a strong indication that UHMS accreditation improves facility understanding and compliance with safety regulations.

Models of Devices Used
86% (59) of facilities are equipped with an SCBA, smoke hood, or similar device. This finding is lower than was anticipated, as nearly 14% (10) of facilities surveyed did not have any form of breathing protection. Of the facilities that utilized the required devices, the majority, or 68% (40), are equipped with smoke hoods. The next highest type of unit used is a smoke mask, 12% (7). 5% (3) of facilities were equipped with a full SCBA (with an air cylinder). (Fig.2) The authors of this study believe that this distribution is likely due to cost and/or storage capabilities.

When it was discovered that smoke hoods made up the majority of devices, the authors elected to research the storage life and operational duration of the most popular brands. The storage life was found to be 5 years for nearly all products with an operational time of 15 minutes. One facility reported that they had an SCBA with a 10 minute air supply. Thus, it would be beneficial for institutions to know the precise time for evacuation to ensure that the appropriate device is selected for their facility. Additionally, these devices must be treated as a routine maintenance item, and have a regular maintenance schedule.

NFPA 99 Mandated Annual Fire Drill
A small portion of the facilities polled, 7% (5), did not perform an annual fire drill. (Fig.3) The remaining 93% (64) stated that they performed at least an annual fire drill and in many cases, fire drills were reported to be done as frequently as twice per month. It is unknown how many of those additional “drills” were physical practice of the evacuation procedure or merely verbal discussions of the evacuation procedure.

Evacuation Times
While it was not specifically documented in this study, it can be assumed that evacuation times for hyperbaric facilities can vary and are dependent on a variety of factors, including:

Further, it can be assumed that there is probably a time difference for performing an evacuation while using a SCBA and without one as a result of the impact of using a SCBA due to vision limitations, the work of breathing, time to put on the device (varying by type of system and use familiarity). Within the US, it is normal to use the NFPA 101 requirement of moving two “smoke” compartments as accomplishing evacuation of the “facility.” It is unclear whether or not facilities used this definition – with some counting the time to exit the building, while others appear to have used a different determination. During the analysis of the data, it was determines that evacuation times ranged from under 3 minutes to over 15 minutes. It should be noted that of the facilities with a 15 minute evacuation time:

Once facility reported an evacuation time of 17 minutes, with an unknown type of smoke hood as their system. For this reason, the facility Safety Director should take into account the time to evacuate their facility before selecting a system to meet the requirement of NFPA 99.

Training
Additional training may be recommended to ensure that all Safety Directors are aware of the need for these exercises, as under 50% of facilities reported using their system during the annual fire drill. Part of the reason for this may be a lack of knowledge that most manufacturers offer a “training” or “demonstration” version of their device that allows the user to simulate the system without having to use one of the units equipped with filtration tools and thereby requiring replacement. It is our recommendation that all facilities have at least one training unit of the same type of system as would be used in an evacuation.

The decision to evacuate / not evacuate is a decision that cannot be made by outside parties – if can only be made by the staff in charge of the hyperbaric unit at the time of the incident. There may be some cases where the safest place for the patient and staff is within the hyperbaric department and others where the staff must evacuate the patients as quickly as possible. For this reason, the facility staff must practice making this decision and then executing the decision – whether “barricade in place” or evacuate and have procedures in place to deal with each situation. Practicing these procedures reduces the chances of problems and surprises arising during an actual incident.

Possibility for enhancement of patient safety
Lastly, a question evolved from performing this study that the authors believe should be considered for discussion with the NFPA committee in regard to the patient need for a source of breathable gas. The standard does a very good job of requiring the operators of the equipment to have the devices needed to protect themselves in the event of a fouled atmosphere around the chamber area. The Code requires drills to practice the removal of the patient(s) from a pressurized chamber and requires that this be completed at least annually.

However, there is no clause or requirement for the patients in the chamber. Given that it can take (in some reported cases) up to 17 minutes to evacuate a hyperbaric facility, BARA·MED recommends that there should be some sort of device provided to ensure the patient also has a source of breathable air during evacuation. 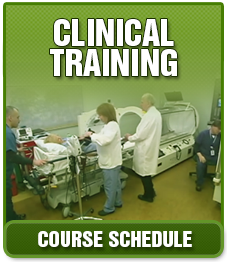 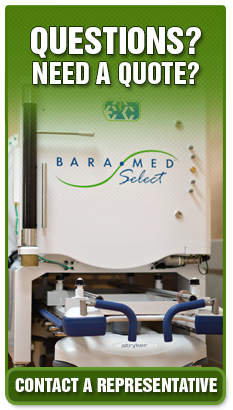 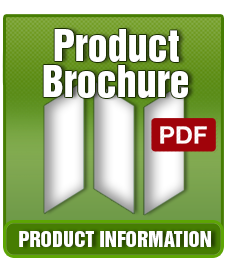 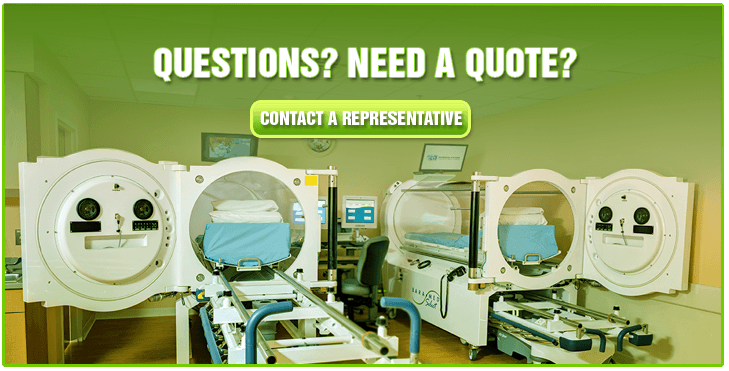